Another thing on my “to do” list for the house is to figure out what kind of moulding we want in the entire house.  We are ripping out the current standard-for-the-midwest-in-the-1970s dark wood trim in favor of white trim.  All you southern folks who have white moulding as a standard don’t know how good you have it!  It’s becoming more popular here, but still less common than the builder’s standard orange-y wood.

I really want to have farmhouse style trim, but I have had a very tough time finding anywhere online that tells DIYers what size of lumber to buy and how to put it together.

Or, I could just pick out some stuff at Home Depot and call it “good enough.” But since we’re already taking the time to make our new home “ours” before we move in, doesn’t it seem that we should do what we want now, rather than later? 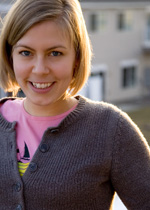 "A perfectly kept house is the sign of a misspent life."

Promote Your Page Too